This image of one of the most recognisable landmarks in London, the historic Tower bridge. I was very lucky to have a nice bright day to get the perfect light to capture this fantastic bridge so well. Sometimes confused by tourists as London Bridge, this landmark is one of the most easily recognisable in the city.

This photo was taken from the south bank and shows us the size of this Victorian structure from close up. We have a nice blue sky with the water running in the river framing the monument. Up close we can see the steel structure of the bridge and the towers that contain the engines to raise the bridge to let tall ships pass up river and into the port of London once the centre of the British Empire and now the capitol of the United Kingdom. 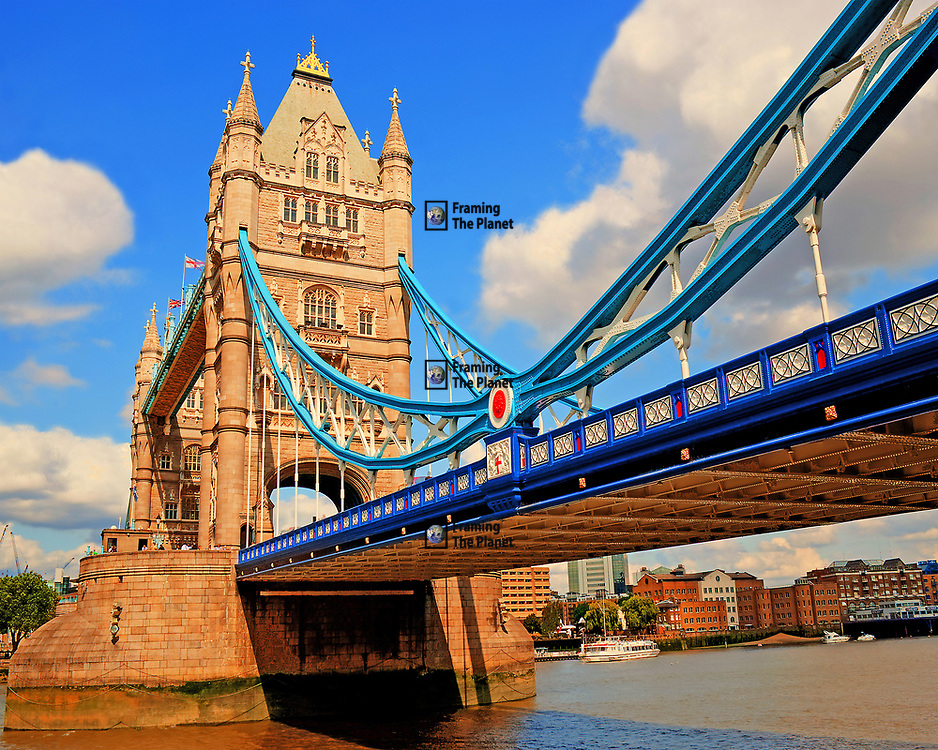