The best way to view this icon is from the Jumeirah public beach where you can see how it towers over the other buildings. The structures you see next to the Burj aren't small themselves, they all stand at least as tall and most taller than Londons Canary Wharf. The Burj itself is over three times the height of Canary Wharf and as the first mega skyscraper is far taller than any other building. 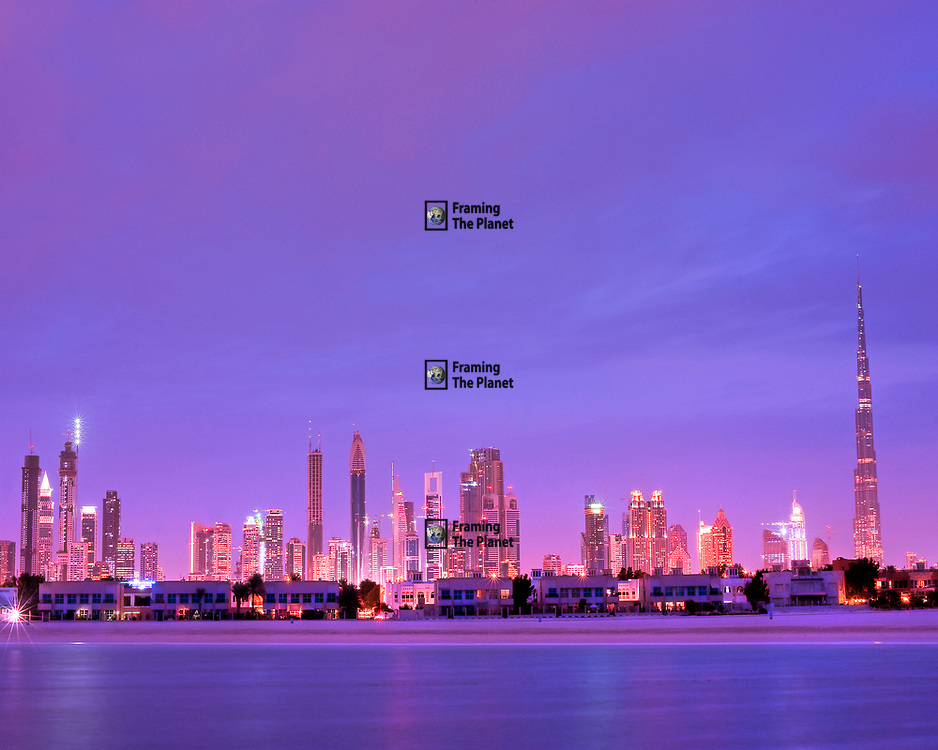