There can be few images that sum up Britain and its history than this, a black cab rushing passed the front of Buckingham Palace, the main royal palace in the city of London. In this photo we have the full front façade against a rich blue sky with a blurred black cab rushing past in the foreground. This sums up the outside and tourist view of the city.

The British capitol has long been home to and ruled by the Royal Family, now the house of Windsor they are the head of state of both the UK and most Commonwealth nations. Today they have no political power, they act as ambassadors for the UK and the other countries they are head of state for such as Australia, New Zealand and Canada. 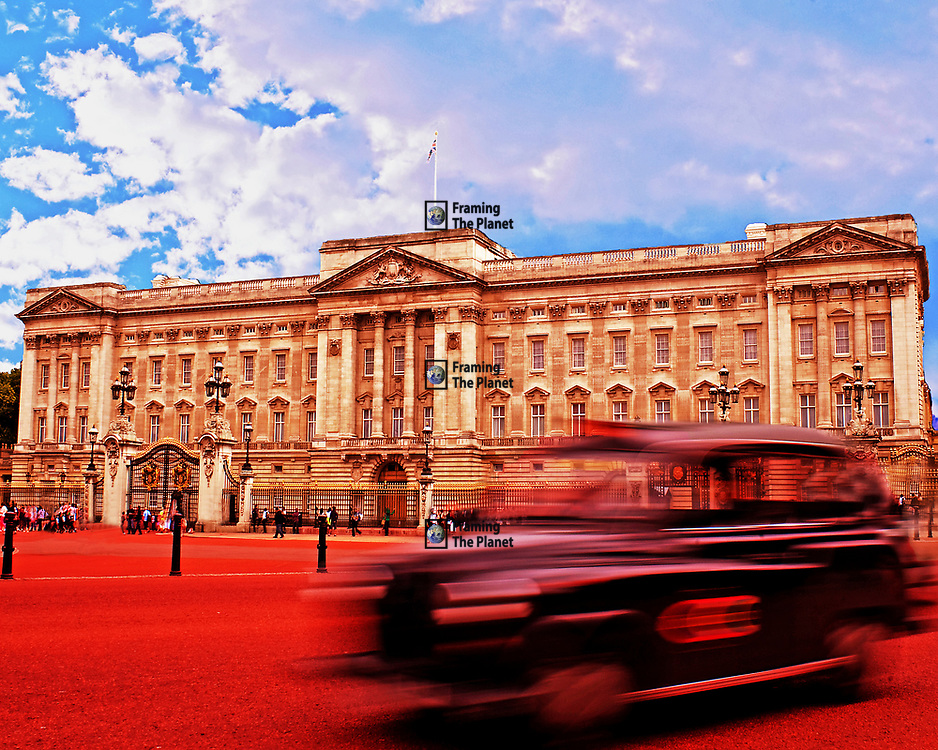